There is more to just walking around the outside of the UK, the interior has just as much to offer a walker, in many cases more so.

Whilst many walkers like to see the sea, clifftops and endless vistas as they walk along, inland walking has its own rewards and allures. Replace the edge of the land with isolated mountain tops and the deep valleys and dales of the Coast to Coast or the gorse and heather filled moors with miles of uninterrupted views on The Two Moors Way and you will see why many walkers decide to traverse the land in between the seashores instead. 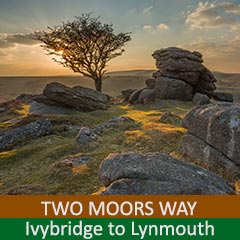 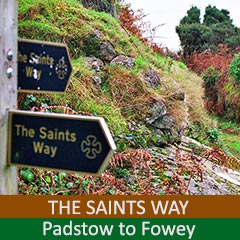 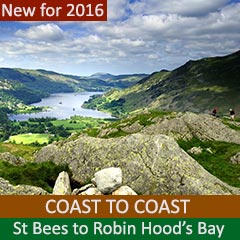 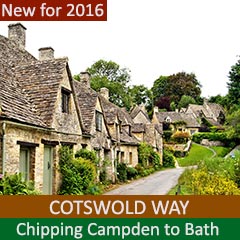 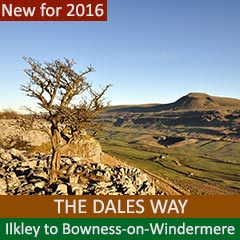 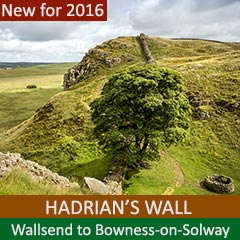 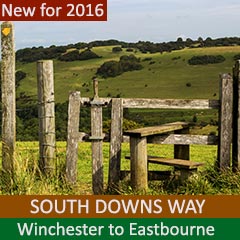 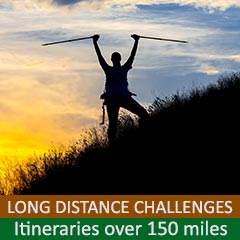 Many of the inland trails and walks we offer have great historical significance, such as Hadrian’s Wall which gives the walker a sense of the enormity of the task placed on both the workers and soldiers of the emperor Hadrian when creating this huge edifice designed to protect the edge of the Holy Roman Empire.  Likewise when walking the ancient trackways of the South Downs, the Cotswold Way or The Saints Way you feel an affinity with the thousands of travellers that have trodden the same route when walking across rolling hills of the South of England, whether they were traders, travellers or pilgrims in a bygone era you are getting to see some of the same unspoiled landscapes that have survived.

Pretty towns and villages welcome you every evening wherever you are stopping, with friendly little pubs and inns offering local ales and beers, and the chance to meet with other fellow travellers to exchange tales of the days walking exploits. Hearty breakfasts fill you up the next morning before setting off onto next step of your adventure. Many friendships begin with these shared experiences, which last longer than your walk will do.

Unfortunately, due to the unprecedented demand for accommodation in the UK, we have taken the decision to extend the period we require to book a holiday from 6 weeks to 8 weeks.

Whilst this does give us time to book your walking holiday, it is essential that you understand the current situation for all 2022 holidays.