Self Guided Walking Holidays
On the South West Coast Path

This 630 mile National Trail extends from Minehead in Somerset through the counties of Devon and Cornwall before ending in the Dorset town of Poole. Each section of this spectacular walk offers its own rewards and highlights. We, at Walk the Trail offer you the chance to walk, explore and relax in some of the most iconic and well known locations the South West of England offers. 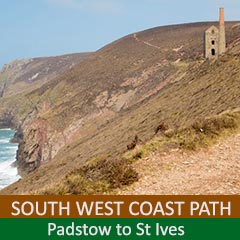 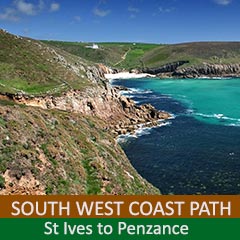 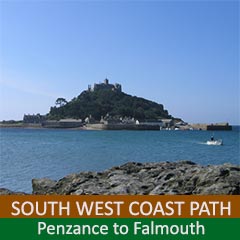 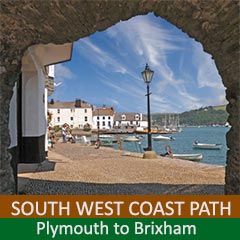 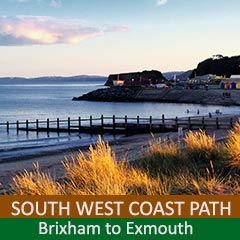 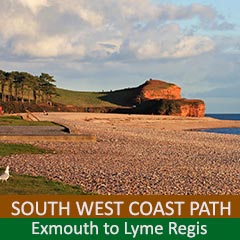 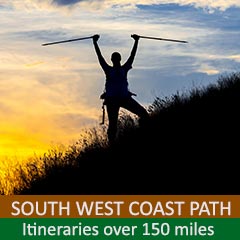 If you are planning to walk every mile and wish to create some amazing memories, we would suggest taking a photograph at the start of this adventure at the monument on Minehead seafront, it is from here that your South West Coast Path experience truly begins. Taking you through small towns and villages in Somerset before you jump over the border into North Devon with Exmoor National Park meeting the Coast Path, this area abounds with uphill and down dale walking through lush wooded valleys, crossing rivers and waterfalls making their way to the Bristol Channel with extensive views of South Wales on the horizon. Contrast this with the more wide-open spaces of the next section from Westward Ho! onwards across the clifftops of North Devon with its hidden and secluded fishing villages lost in the midst of time such as Clovelly  before reaching the headland at Hartland Quay and the walk across the border into Cornwall with its mythical and mystical town of Tintagel linking to the Arthurian legends, and Boscastle with the world famous Museum of Witchcraft. Doc Martin fans take note – this is the stretch that takes you to the village of Port Wenn, or Port Isaac when the cameras stop rolling. This section ends in the busy fishing port of Padstow, with its numerous celebrity chefs and the chance to sample some of their, and Cornwall’s finest fare. Saying goodbye to Padstow you travel onwards along the coast path viewing Cornwall’s mining heritage as you pass the ruins of engine houses and stacks, a legacy of the great mining trade now defunct, here the miles of sandy beaches and dunes travel parallel to you, giving you a chance to walk along the seashore and cool those weary feet. Where many trades end, another begins and the town of St Ives provides you with the modern and more artistic view of the county, with its numerous galleries and independent shops and amazing restaurants, this is a perfect location to spend a few days absorbing the light and atmosphere which has drawn painters, potters and poets from all over the world to its little cobbled streets. From here you reach the end of the land, with signposts to prove it – surely another photo opportunity to add to your growing album.

Unfortunately, due to the unprecedented demand for accommodation in the UK, the website will not allow bookings giving less than 8 weeks notice.  If you're looking to walk sooner than this, please send us an enquiry.